Last November, a small circle of writers and I tried something daring. We asked local teens to come out and read something they’d written to a live audience. It could be a poem, a confession, a chapter from a novel in progress, or a short story. The uber-talented (and literary award-winning!) teens in our after […]

Rule of Three “For every three sentences (or in some cases, paragraphs) of backstory, go back to the present scene at least briefly,

Have you ever been chased by someone in your dreams? Been naked in public? Flown like a bird around a city? Or just felt utterly lost in a maze-like building? There are twelve basic dream patterns that all of us dream, regardless of who we are, what we do or where we live. An in-depth […]

How to Use an Unreliable Narrator in Your Story

In general, even people who commit the worst crimes do not go around thinking of themselves as monsters; they justify their actions to themselves. In Lolita, Vladimir Nabakov signals Humbert Humbert’s unreliability to the reader in a number of ways such as his outrageous claims, his endless justifications for shocking acts and his contempt for others.

POV shift: I moved to an island.

A month ago, my family moved from Orange County’s endless summer to a small(ish) island off the coast of the Pacific Northwest. It’s the beginning of summer, and the weather has been sunny and warm, so climate-wise, not much of a shift. But that’s only the climate. Every other aspect of our lives has changed; (one […]

Staring at a blank page? No me, my friend; I’m already off and writing this blog post, charmed by the prolific Charles Bukowski, “Writing about writer’s block is better than not writing at all.” (The Last Night of the Earth Poems) Garnering the wisdom of two of my favorite writing instructors, I’m here to solve your […] 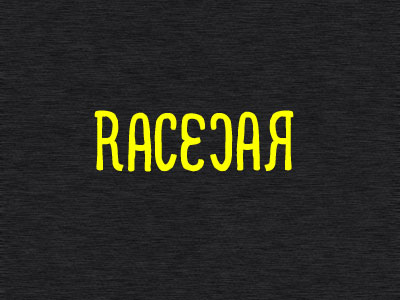 Words are the foundation of any great story. Whether eloquent, blunt, allusive or rudimentary, words are the playthings of those new to the alphabet and MFA students alike. I have two children, ages 5 and 7; both alphabet aficionados and no strangers to playthings. Like any book nerd, I do my best to feed their […]

A writer’s manifesto for 2012. Read this and get to work

Sometimes I like to pretend I’m writing “to” novelist Chuck Wendig. It helps me cut the crap when self-censorship creeps in. I love Wendig’s writing voice, and I just feel freer to speak my mind on the page when I’m in his literary presence. What you’re about to read was actually blogged by Chuck Wendig last April. Who cares? If […]

Writing “well” should be good enough. Good enough to score an agent and a publishing contract. Good enough to entice a potential reader to move past page one, and keep reading, breaking only for food and the uncontrollable urge to refer your book to everyone with an inbox. Author and mighty story expert and deconstructrix […]

Manuscript Rejected After Only 20 Pages? What gives?

A lot of new writers are being told to start right in the action, and this tip needs to be clarified. We need some kind of conflict in the beginning to make us (the reader) choose to side with/like the protagonist. This conflict doesn’t necessarily have to do with the main story problem (directly).